Did you know Sony Electronics North American Headquarters is right here in San Diego? 25 of our Club Teens and BGC Greater San Diego’s teens were able to experience the perks of Sony’s involvement and passion for America’s youth through an interactive day at Sony Headquarters. 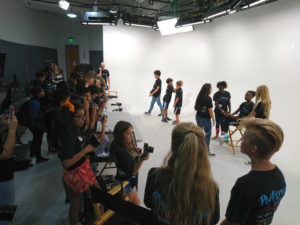 We all have different passions. For some it’s sports, for other’s it’s cooking or reading, but for a lot of Club Kids and Club Teens, it’s photography. And thanks to Sony, their passion is able to come to life through a national program called ImageMakers Photography, a program that teaches Club members ages 6 to 18 lighting, landscape, still shot, photo editing and many more skill building techniques with a variety of Sony cameras and lens’.

Sony invited Club Teens from both Boys & Girls Clubs of San Dieguito and Greater San Diego to an ImageMakers Celebration this past August, a day that included Sony staff, fun activities and the announcement of the national photo contest winner. 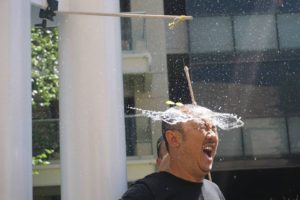 Sony treated the kids to lunch, gifted them with a t-shirt and hosted two workshops for the youth to participate in. The first workshop allowed the kids access to Sony’s extraordinary cameras, where the youth were able to show off their skills in capturing actions shots involving body movements and balloons bursting over people’s heads. Sony even sent the teens home with the memory card to show their family and friends the photos.

The second workshop focused on sound and how it is used in videography. Sony showcased their state-of-the-art equipment by recording the speed of a tennis ball that the teens took turns hitting with a racquet. 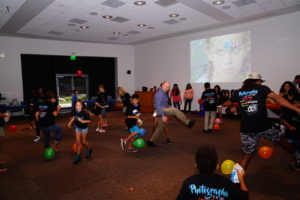 To return the favor, the Club Teens taught Sony staff a few activities that they participate in at the Club. Sony employees had a blast playing balloon pop and running in a mini agility course, some of the favorite Clubhouse games.

If that wasn’t enough, Sony gifted the Club Teens with headphones! The teens left Sony Headquarters with an experience of a lifetime, the empowerment to follow their dreams and a true appreciation for Sony’s involvement with Boys & Girls Clubs. Thank you, Sony!