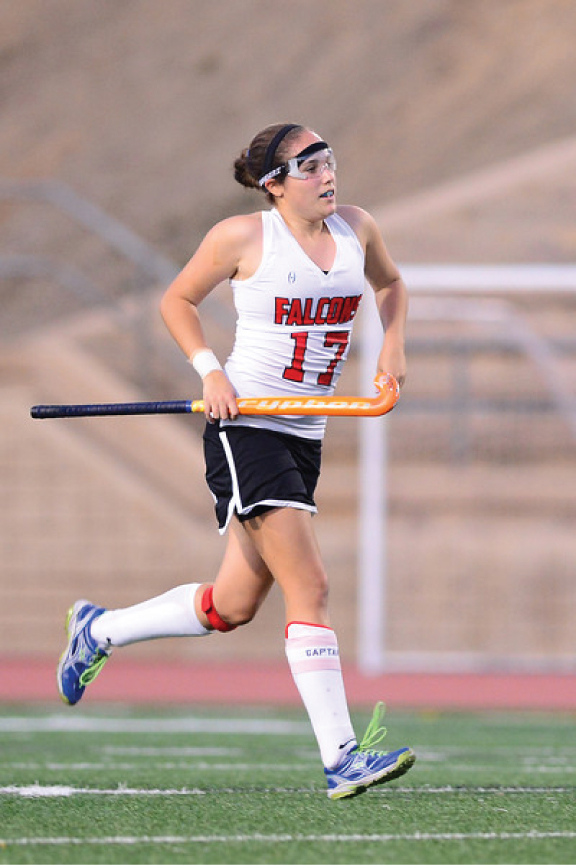 Madison Cohen has been a member of the Carmel Valley Polster Branch since 2007. She has participated in almost every athletic program we offer, both recreationally and among Big 8 Middle School Athletics. While at Carmel Valley Middle School (CVMS), Madison was elected ASB President and also served as an Adaptive P.E. aid for her peers with disabilities. In more recent years, she has served as Junior Volunteer at the Helen Woodward Center, and has also served at many San Diego area holiday food banks. Last summer, she took an 8-day medical mission to Nicaragua in hopes of helping children far less fortunate than herself. She refers to the mission trip as one of her most memorable and important experiences.

In her desire to stay connected to youth athletics after playing field hockey for CVMS, she has been the middle school team’s head coach for the last two seasons. While she has been head coach, the CVMS field hockey team went to the championships her first year as head coach and achieved a 2nd place finish this year. Many who have met Madison would say, she always has a smile on her face and a kind word for every student-athlete she works with, along with being a great communicator with adults as well. Madison has accomplished so much her Senior Year. Not only did she have an impressive 3.67 GPA at Torrey Pines High School, but she has also been nominated as both the San Diego Union-Tribune and North County Times Athlete of the Week, and has just recently been offered a D1 Scholarship to play at UC Davis.